Tibet is not only a land of varying landscapes, plush grasslands and sparkling lakes that are a manifestation and embodiment of the true beauty of nature. The various pilgrimage sites, historic monuments and the legends attached to its various natural structures also make for the regular arrival of monks, pilgrims and religious enthusiasts all year round.

The mystic glamour and majestic aura behind some of these sites is impossible to miss and leave even the visitors and travelers coming across these structures wondering in awe. The holy mountains and divine mountain ranges in Tibet are one of the most breathtaking locations in the world and pay testimony to the fact that nature is, as always, divine and beautiful in every form.

While there are several mountains in and around Tibet that hold religious significance for people from different beliefs, perhaps the most popular and famous ones include the Himalaya, Mount Kailasha, Kawa Karpo, the Nyainqentanghla Peak, the Benri Holy Mountain, Animaqing Mountains and Mount Gongga. There are other peaks such as the Mount Gongburi, Mount Bonri and Nancha Barwa that also attract a stream of visitors and pilgrims alike due to their sacred nature and mystical powers. Book a trip to these four top sacred mountains in Tibet and experience the out-of-the-world charm and mystic aura for yourself! 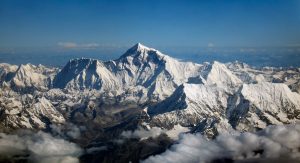 Located among the Qinghai-Tibet Plateau of China, Pakistan, India, Nepal and the Kingdom of Bhutan, the Himalayas are the highest mountain range in the world. The main part of the mountain range is located in China and Nepal. In the Tibetan language, it means the “Hometown of Snow”. It is home to the highest peak of the world, Mount Qomolangma, or known as Mt. Everest, with an altitude of 8844 meters. It also has more than 110 peaks exceeding 7350 meters. Many peaks are sacred in both Buddhism and Hinduism. It has many famous attractions including Yamdrok Tso, one of the three sacred lakes in Tibet. It is a unique attraction combining lakes, snow mountains, hot springs, wild animals and temples.

Mount Kailasha, also termed as the Kangrinboqe Peak, is the most widely acclaimed and sacred mountains in Tibet. Its bonds with history and its major significance in various religions of the world has been the prime reason that thousands of pilgrims come to pay homage to the spectacular sight every year.

Coined as ‘The Precious Jewel in the Snows’, Mount Kailasha is believed to be the birth place of all humanity and the center of the world since centuries. The mountain pulls devout pilgrims from all over the world including Hindus, Buddhists, Jains and Bons. Apart from these major religions, many people also visit this scenic and spiritual location to gain calmness, tranquility and ultimate peace.

The significance of the mountain in religious sects is enhanced by the fact that it is believed to be the dwelling place of the Lord Shiva and ultimate paradise by many sects that practice Hinduism. Buddhists, on the other hand believe that the mount is the resting place of the Demchog Buddha. For this reason many pilgrims pay their regards to the sacred location by walking around the foot of the mountain. This practice is termed as the Kailasha Kora and is said to free the mortals from all sins and render their souls clean.

The holy lake Manasarovar and the Drirapuk and Zutrulpuk monasteries near the mountain complete the pilgrimage and make the entire region a breathtakingly beautiful and relaxing sight. 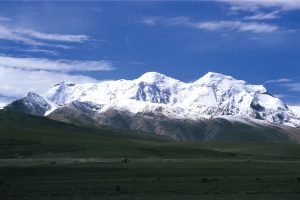 This peak whose name translates to the ‘God of grassland’ has long since been associated with folklores, myths and legends making it a prime pilgrimage sight by believers of several religions. The peak is the highest mountain the ranges and stands tall and towering above the beautiful rivers Nu and Zangbo. The Namtso Lake is at the foot of this peak and devout pilgrims pay homage to this mountain when they come to witness the mystical charm of the Lake Namtso. 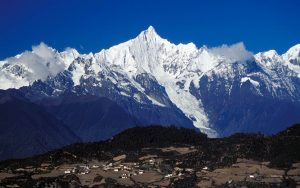 The Kawa Karpo has long since been regarded as one of the most sacred mountain in all of Asia. The Kawa Karpo, a breathtaking and dazzling sight because of its snow caped splendor and rugged demeanor, is believed to be the spiritual resting place of a warrior God. The location holds strong bonds of devotion to both the Buddhists and Hindus, and thus is always bustling with the arrival of pilgrims that wish to explore the sacred and holy site.

Legend holds that at this very place the Khorlo Demchog, a Buddhist deity, defeated the Lord Shiva in an epic battle. Each and every step that you will take in this beautiful valley will keep you mesmerized and hooked because of the simple yet mystical power radiating through its roots. The site has many tombs and monasteries built nearby which are regularly visited by religious enthusiasts and travelers. 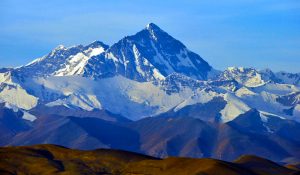 Located in Southeast of Nyingchi County, north of Yarlung Zangbo River, it is the holy mountain of Tibetan Ben Sect. Legend has it that during the conflict between the Ben Sect and Buddhism, a follower of Ben Sect Ngachoe Jebo fought against Padmasambhava in Buddhism on the mountain. The mountain attracted numerous Ben Sect followers in Saga Dawa Festival (April 15 in the Tibetan calendar). Ngachoe Jebo is considered a hero for protecting the mountain. Besides, the mountain features amazing scenery in the four seasons: lively spring, cool summer, golden autumn and white and crystal winter. Flowers are in full bloom in different seasons, offering visitors a world of peace and harmony. 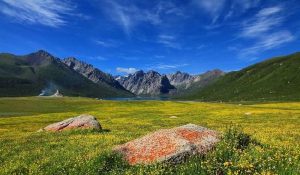 Located in Maqin County of Golog Tibetan Autonomous Prefecture in Qinghai Province, there are 13 mountains in the range, with an average altitude of 5900 meters. The name of the mountain range means the highest statue servant of Living Buddha, which attracts numerous pilgrims every year. It features steep cliffs and spectacular glaciers. It has 57 glaciers, covering 126 square kilometers. The Halong glacier in the northeast, which is 7.7 kilometers in length and covers 24 square kilometers, is the biggest glacier in Yellow River basin.

Each of these mountains presents a heavenly and mystical site to the visitors and has the charm and aura to turn even non-believers into devout believers. A trip to these peaks is a must to experience how nature intermingles with myths and legends to create a relaxing and satisfying environment for the soul.